THE CURIOUS CASE OF CAPTAIN LIZ

Some things are easier than others. Getting your local Renault dealer to only charge for servicing work that they've actually done is quite easy. Climbing Mount Everest is fairly easy.

Telling one of the world's most eminent ornithologists that he has made a series of mistakes in his data analysis is far from easy. Fortunately, Rob Bierregaard was very good about this, and we have been able to sort out the known facts of this rather sad story, and draw certain conclusions from it all.

Osprey Cap'n Liz left her natal area at Cape Cod on the 8th of October. As many juvenile ospreys do, she headed directly south, over the ocean and down the eastern seaboard of the USA. With the wind in her favour, the little bird made excellent progress – no doubt thinking that this whole migration deal was a piece of cake and that far too much was being made of it. Rather than turn west to make a landfall in the Carolinas, Liz continued on her southward track, at which point things started to go wrong...

The winds that had been helping her died down to almost flat calm for three days – an unusual bit of weather for that area at that time of year. Suddenly, Liz found that maintaining speed was much harder work than it had been. More wing-flapping was needed and she was using up her “fuel” reserves at an alarming rate. By the evening of the 10th, with no change in the conditions, Liz would have been almost exhausted. She even tried to retrace her course, turning back north, but by that time it was far, far too late. 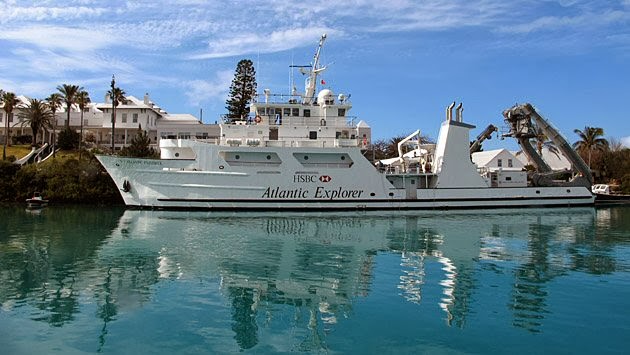 Thirty nautical miles away, the oceanographic vessel Atlantic Explorer was steering ENE towards her home port in Bermuda. Some days earlier, an osprey had landed on the ship and had kept company with her for a while. Rob Bierregarrd's team thought that this bird MUST be Cap'n Liz.

It wasn't. My analysis of the ship's daily positions shows that Liz never came to Atlantic Explorer, although at one point they were only twenty miles apart. Flying northwards in the darkness, Liz would not have seen the ship and their courses diverged rapidly. What happened next is a matter of some speculation: at 13:00 hrs on the 11th, Liz came down to sea level and her speed dropped almost to zero. She could not fly any further. 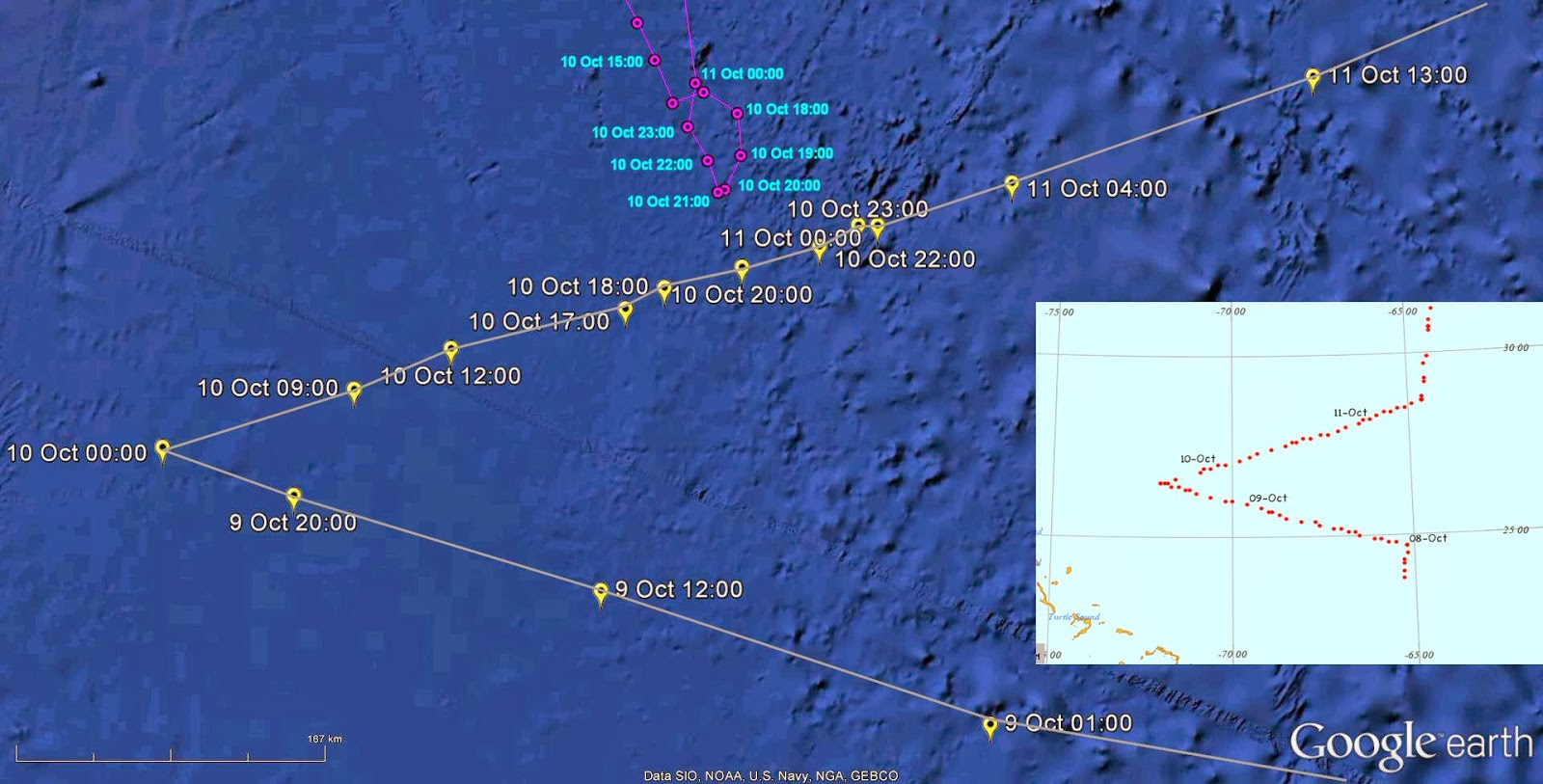 It seems certain that Liz had landed on some kind of floating item, although of course we don't know what this was. To the science team back in New Hampshire, the GPS track looked like the course of some powered vessel but it wasn't. I was able to demonstrate that ocean currents and tides would produce the same pattern effect, all on their own.

The PTT tracker continued to transmit but, stranded alone on her raft – whatever it was – exposed to a blazing sun and with no source of fresh water, Liz would not have survived for very long. Dehydration is lethal to birds, almost every time.

Liz was unlucky. Many other juvenile birds – not just ospreys – take this trans-ocean route to the Carribbean and Central America and the vast majority of them survive the attempt. Taking this path saves both time and energy, provided that the wind and weather do not turn against them. To us, this seems like gratuitous risk-taking but that's what birds do.


And they always will.

There is an intriguing postscript to this story which came to my notice after the above article had been finished.  Of course we don't know what it was that the osprey was cast away on during her final days, but there are more things floating about in the the empty corners of the ocean than coconuts...

In February 2013, the Irish-registered 48ft sailing sloop Wolfhound was abandoned by her crew to the west of Bermuda after she got into difficulties during an offshore race.  All personnel were rescued, but Wolfhound continued to drift around the area.  She was seen in April by a passing vessel and found again in July by Matt Rutherford and Nikki Trenholm on their schooner Ault. Rutherford attempted to take Wolfhound in tow but, after an almost-unbelieveable series of misadventures that are detailed HERE, was forced to give up and cast her adrift again.

As far as anyone knows, the yacht Wolfhound is still adrift somewhere in the same area that "Cap'n Liz" was lost.  Could it be...?  We may never know.

Posted by Wildlifewriter at 11:24 No comments: