How to do Spring migration, bird-style...


Here in western Europe, the prevailing airstream in early spring is from north-east to south-west, except over the British Isles and NW France where incoming Atlantic systems can give local winds out of the west. In west Africa, the general pattern is much the same: high pressure over the Azores gives a more-or less constant anticyclonic (clockwise) rotation of the winds, keeping them flowing from north to south over coastal regions. 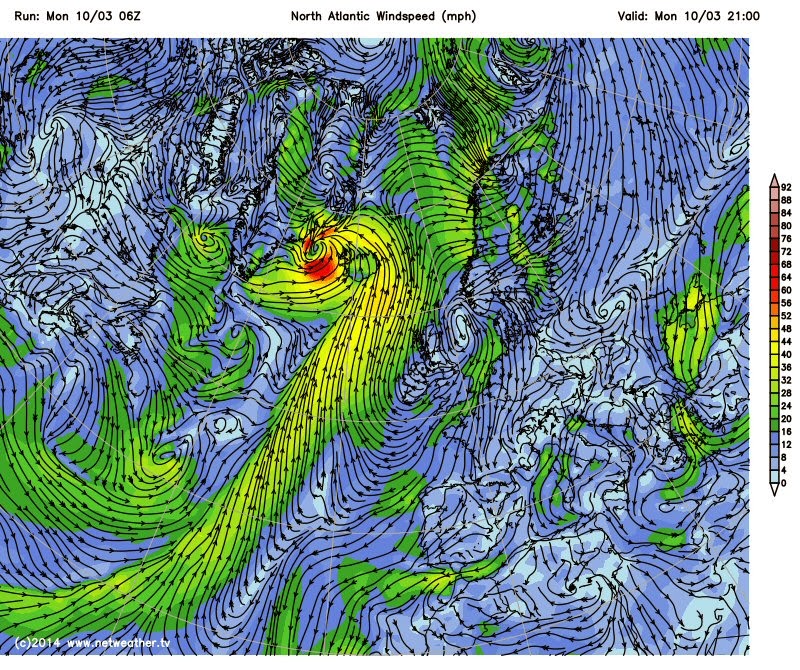 For birds returning north for their breeding season at this time of year, this presents a problem: head winds impede their progress and – if strong enough – could mean no progress at all. Fortunately, birds have a number of tactical ploys that they can use to lessen the adverse effects of this situation...

As part of the normal variations in weather, the prevailing winds can change. Periodic “equalization events” along the inter-tropical convergence zone can result in low pressure areas forming over the Sahara Desert and, coupled with this, a shift in position of the Azores High. For periods of several days, winds over the whole region swing round and give the birds more favourable conditions to gain ground.

This is the tactic adopted by many larger migrants, including adult ospreys. On previous migrations, they have identified “refuelling stops” along their route, where food can be obtained and safe roosting sites found. Many individual birds use the same locations on every annual return journey, meaning that they can replenish flying energy and push forward on the next leg, even if winds are contrary.

Local geographical features can give favourable

conditions, even when the prevailing winds are against. These include wind-shadow areas behind north-south hills and along coasts. “Wind funnels” can be formed at mountain passes (see diagram). A phenomenon called “adiabatic cooling” causes local air movements as a result of pressure differences down or across slopes. Birds seem to have an instinctive awareness of these processes and are often seen to exploit them.

In maritime climate zones, the prevailing winds are often at their easiest just before and after dawn. A migrating bird can cover good distances at this time, perhaps resting instead during the later part of the day when the wind tends to be stronger.


Many species of birds migrate in small flocks or extended family groups. It has been shown that skeins of geese keep an eye on the progress of other groups nearby, and will change altitude or direction if the birds ahead or to one side of their own group are getting a benefit.

Unlike ourselves, birds have no concept of “average speeds” that have to be maintained during a flight. Their main flight parameter is energy usage, and this means that flying fast into a headwind makes no sense: it is not an energy-efficient way to travel. Keeping the speed down means that they get the same aerodynamic lift, and use the same amount of energy but cover less distance overall. This is not a problem in itself. It is better for a bird to arrive three days late at its destination than to be “on time” - but so knackered that it is unable to defend its breeding territory from others.

Wind speeds are generally lower close to the ground, so sticking to a low altitude in a headwind will make the best of a bad job.

Putting all these strategies together means that migrants can still get north and east towards their breeding sites – even when the weather charts say they ought to be struggling to do so. 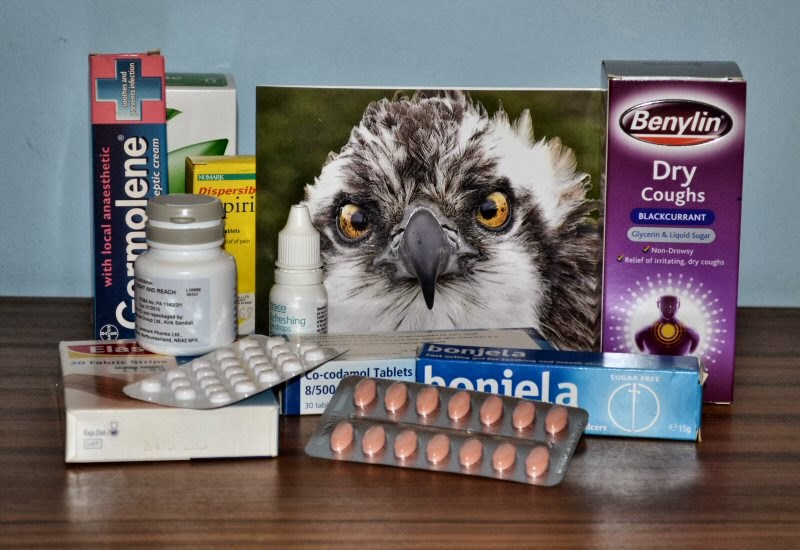 I've never been entirely happy with the word “ospreyitis”. In strict biological terms, this would have to mean “painful, inflamed and swollen ospreys” - not only very unpleasant in itself but almost certainly a contravention of the Wildlife & Countryside Act as well. However, the name has stuck so, for what little it's worth, here is the WlW guide to osprey-related conditions, their etiology, causes and treatments...


Ospreyitis:
A seasonal disorder characterised by the patient identifying any flying creature, from a hawk-moth to a harpy eagle, as an osprey. May be transmitted from one person to another. There is no known treatment.

Folie Haliaetus:
A neuropsychiatric condition whereby people in bird hides feel compelled to start talking complete nonsense whenever the subject of ospreys is mentioned. Typical symptoms include “An osprey cannot let go of a fish after it's caught one, so could get pulled under and drowned.” “Osprey eyesight is ten times better than a human's.” “All ospreys migrate at the same time, following each other so they know where to go.” (etc). Symptoms may be alleviated by poking the patient in the eye with a sharpened stick or equivalent.

Pandiomnia:
Pathological sleep-deprivation caused by worrying about what ospreys are going to do next. (Trample on their eggs... fall out of the nest... get wet... etc.) Most acute during the breeding season but can occur at any time. Medication is ineffective, but the symptoms may be alleviated by striking the patient over the head with a blunt instrument.

Corns Dyfi:
A painful affliction of the feet caused by walking around Welsh marshland looking for ospreys.


Bassenthwaiste:
An inexplicable enlargement of the nether regions and buttocks caused by sitting immobile in front of a computer monitor for five months. Treatment: android tablets.

Rutland Water:
An uncomfortable and potentially dangerous distension of the bladder and/or urethra. Caused by the patient's unwillingness to go the the lavatory in case he/she misses anything interesting on the nestcams. Treatment: plastic bucket or unused soup tureen.
Posted by Wildlifewriter at 14:33 2 comments: