The weather-awareness of migrating birds 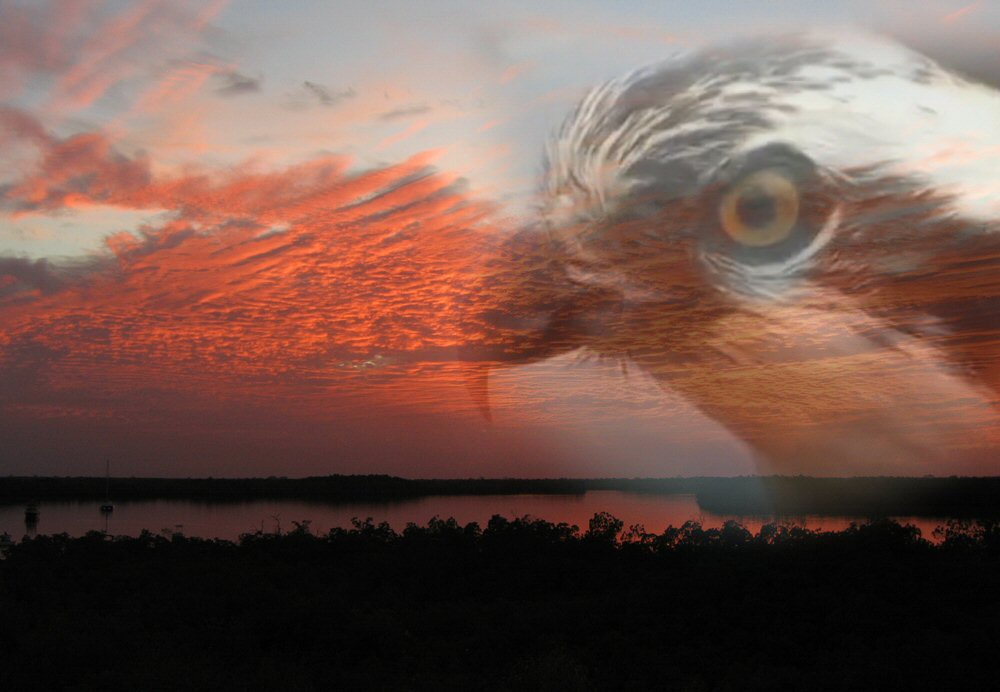 Giovanni Vitali was a brilliant scientist but his timing was terrible.  In 1911, he had announced the discovery of a new sensory structure in birds – one that he named the “organ of flight”, although we now call it the Paratympanic Organ, or PTO for short.  The original theory was that this PTO was involved with directional control and balance – but why birds would need a second balance sensor when they already had a perfectly good one (in the inner ear) remained a puzzle.  Nonetheless, Vitali's findings caused a sensation at the time, with many follow-up papers and nominations for the Nobel prize flying around even faster than the birds he was studying.  But even then, things were changing... in a few short years, war would stalk across the face of Europe and the mainly Italian and German science journals in which Vitali's work was published fell silent, some of them never to reappear.

During the middle part of the 20th century, the strange story of the “organ of flight” passed quietly into the annals of Science and was almost forgotten.  Almost - but not quite...


Satellite tracking of bird migration has answered many questions – but it has also raised new and unexpected ones.  The latest generation of tracking equipment gives very good positional accuracy and can return data at hourly intervals.  This high-resolution data has shown that birds – even young raptors on their first-ever migration – appear able to make choices about their routes to take advantage of tailwinds and other favourable weather conditions.  More remarkably, they seem to be assessing the conditions several hundreds of kilometres down-range from a given position.   But how is this possible? 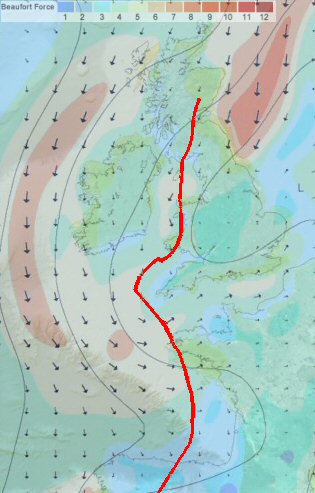 This chart shows the migration of osprey Blue YZ – a first-time migrant out of Loch of the Lowes in Scotland, being tracked by Scottish Wildlife Trust. On 6-09-13, YZ left the Isle of Man and flew south over the Welsh coast before veering south-west, and out to sea.   To all outward appearances, young YZ had made a terrible error of navigation and was now in danger of becoming lost.  But a study of the prevailing weather conditions at that time paints a completely different picture...

The plot (red line) shows YZ's course overlaid on a chart of wind speeds and direction. If the young bird had followed a “normal” course – east and south to the the mainland coast – it would have encountered adverse headwinds in the English channel and almost certainly would have had to pause its journey at that point.  But the course actually selected took YZ along the edge of an incoming weather front, with strong tailwinds at an altitude of around 300m which eventually brought it safely back over land in northern France.  By doing this, the bird saved at least one whole day's flying time – and a heap of energy into the bargain.  With the weather still in its favour, YZ continued on over the Bay of Biscay, repeating the same trick again during the following afternoon.

This is NOT an isolated example: every season, we see young migrants doing this kind of thing and there can no longer be much doubt that it is an innate “programmed” behaviour for them.

But how can a young and inexperienced creature obtain and correctly interpret something as notoriously complicated as European autumn weather patterns? One possible way is by looking at high-level cloud formations.

These patterns in the sky often presage the arrival of weather systems from the Atlantic Ocean.   They form at a height of between 5000 and 9000 metres – which means that they are visible from considerable distances.  A bird flying at (say) 300m ASL can command a view of the sky for two hundred kilometres in any direction.   What does that mean? On the next chart, I have plotted circles of 200 km radius and centred them on some typical migration “hot spots”. 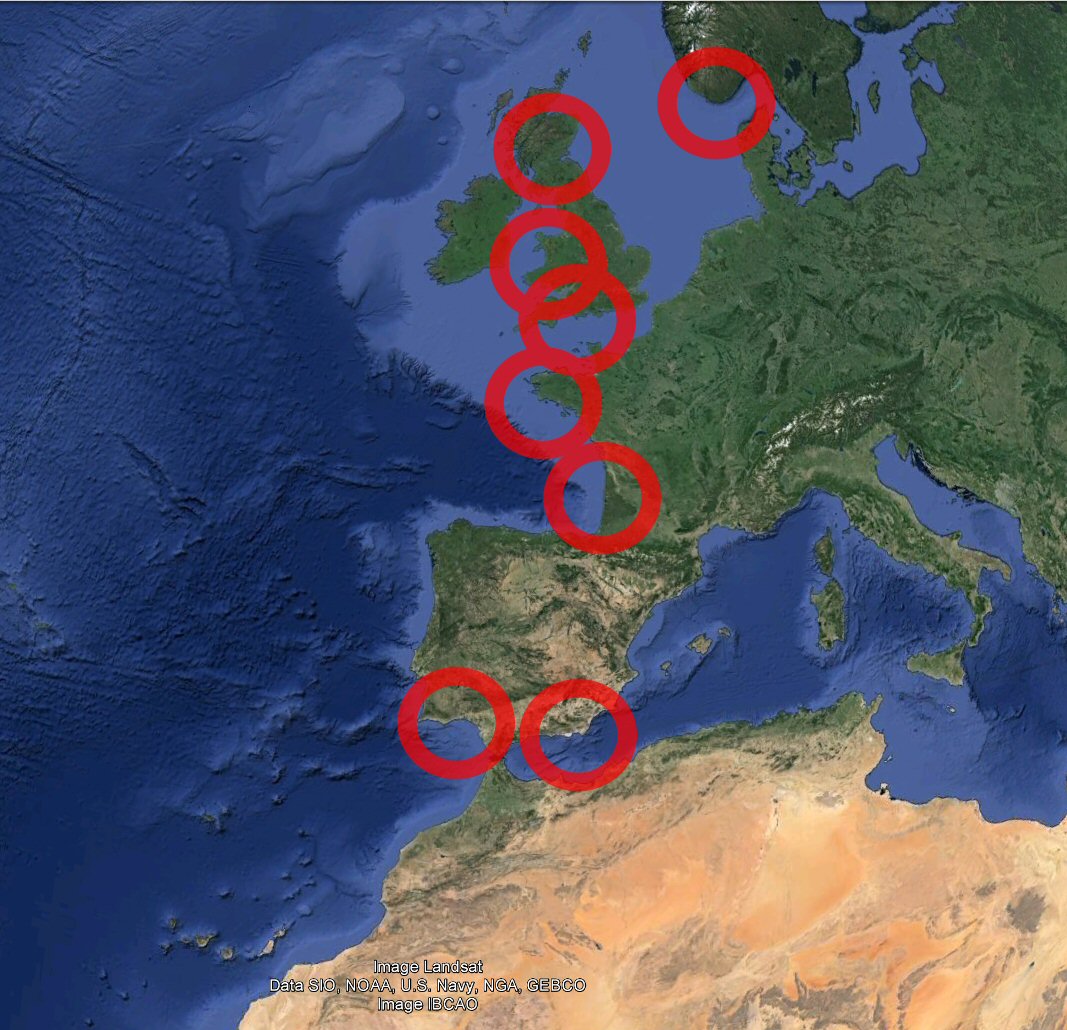 In each case, you can see that the “dangerous” sea crossings are in fact well covered by this range: a bird on the Solway Firth can get a view of weather systems well down in the Irish Sea; a bird at Portland Bill in Dorset commands weather info right over to the far side of the English Channel.

That explains some of the weather-awareness that birds seem to posses, (given thirty-odd million years of evolution, of course) but on its own it is not enough. To do everything they seem able to achieve, something else is needed. Remember Prof. Vitali's “paratympanic organ”?   Let's take a closer look at it... 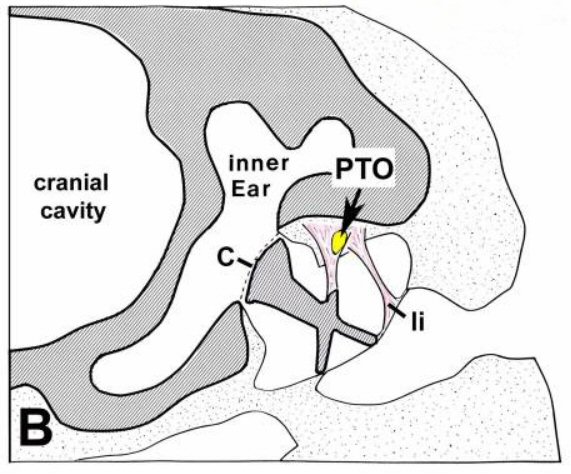 On microscopic examination, the cells comprising the PTO look oddly familiar to today's anatomists.   In fact, they resemble the sensory cells found in the lateral lines of some fish species.  If that is so, and if the PTO isn't an organ of balance, then it might be something that senses pressure.

And – although conclusive proof still waits on some ongoing research – many scientists are becoming convinced that THIS is the missing piece of the puzzle.[2]  Satellite tracking has shown that long-distance migrants can maintain a constant altitude, even when flying over sea AND in total darkness.  They are able to do this within a few tens of metres – at least as accurate as the instruments set up to measure this performance. Without visual cues, the only way this could be possible is if birds have a built-in “altimeter” - and the PTO as air pressure sensor fits the bill perfectly.

And if THAT is true, then we can also credit birds with a real method for doing something that we humans have believed them capable of for thousands of years – sensing the weather in advance.

And for a young bird on its first epic journey south – that may be all it needs to know.